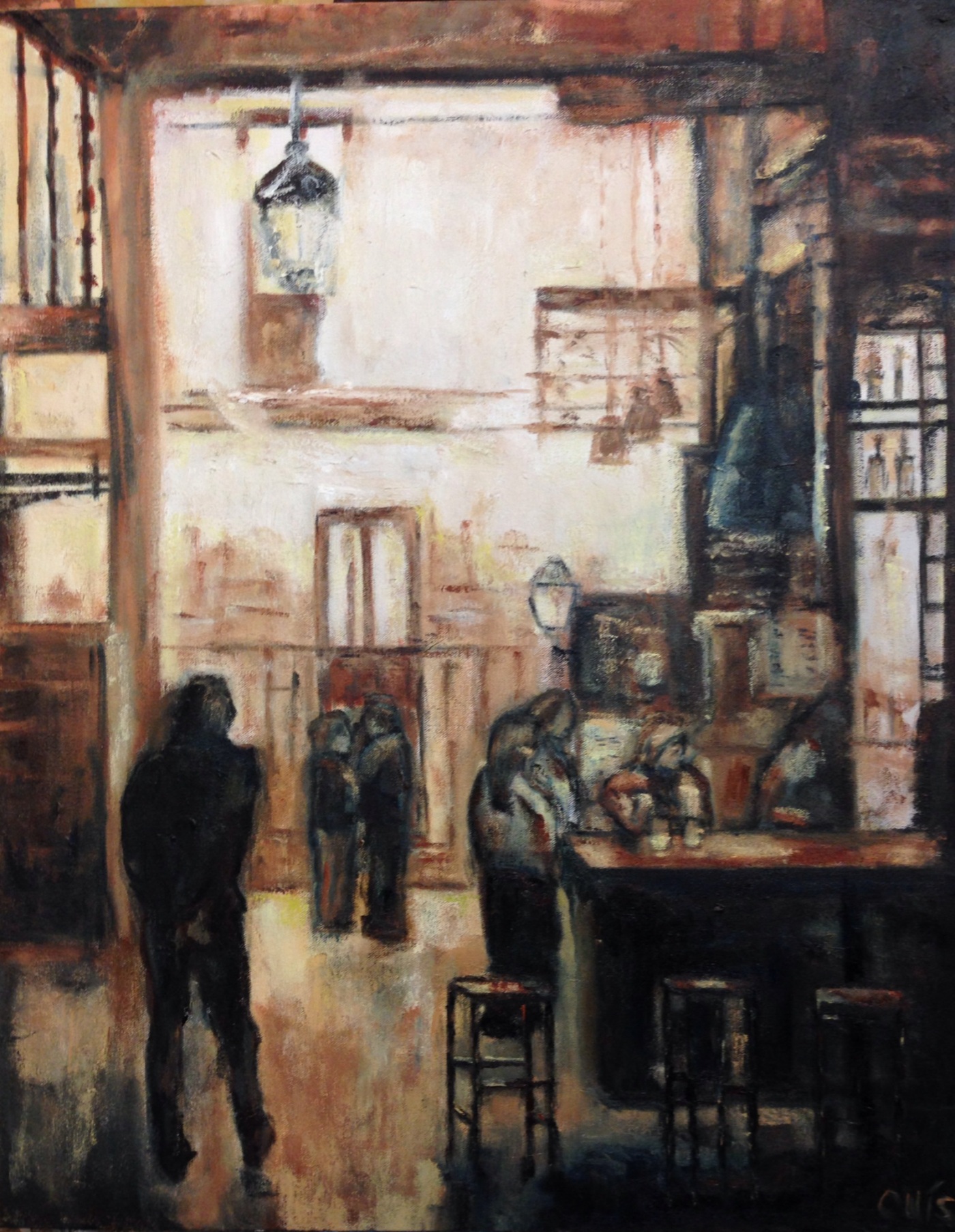 The return of the school year has me thinking again about the beauty of routine. I recently wrote about routine here and here, and I can tell you that sticking to my routine and taming distractions is much easier when my daughter is in school. I love summer, but the steadiness and predictability of the school year is energizing, and I find I have greater creative momentum.

This got me thinking about Spain and how my beloved other country operates on a different clock from the rest of the world. Traditional eating, working, and sleeping schedules are very different from the US and the rest of Europe. Lunch (dinner), the largest and longest meal of the day, is at 2 PM; the workday ends around 8 PM; dinner (supper) is a small meal at 10 PM; prime time TV starts at 11 PM; and bedtime is around midnight or 1 AM. Many workers are moving to a 9-6 schedule on par with Europe, but the traditional Spanish schedule consisting of a small breakfast, the long lunch (dinner), frequent breaks with snacks, and a late quitting time is the norm.

The siesta (naptime) is dying out quickly, and many Spaniards get offended if it’s brought up as it feels like a stereotype. Instead, that time is filled with extra work, a byproduct of tough economic times. This is creating a drawn-out day, and I’m not sure how people are functioning on so little sleep. I love getting my 7-8 hours each night, so I started thinking, “What would my routine be if I lived and worked in Spain on the traditional schedule?”

But first some history.

In 1942 dictator Franco moved the clocks forward to align with Nazi Germany. Franco also ordered the state-run broadcasts to run during meal times, which, going by the sun, were now at 3 pm and 10 pm (an hour less in the Canary Islands). After Hitler was defeated, Portugal turned its clocks back, but Spain did not. It’s still light at 10 pm in the summer. As a child this would perplex me as I looked at the globe and maps (my grandmother adored geography, so I had plenty of resources at hand) and could see that Spain was further north than Texas. [On a side but fun note, all homes in Spain have blackout window shades – I mean, they really black out all light. As a child, I couldn’t figure out why we didn’t have these wonderful things in the States. It was yet another one of those Spain vs Texas mysteries I couldn’t figure out.]

Franco may have changed the clocks, but the rhythm of life predates that decision due to the agrarian society and the heat of mid-day in over two-thirds of the country. Workers would break during the hottest part of the day. My father also recalls that the work and school week was Monday-Saturday until the mid-1960’s – weekends as we know them didn’t exist in Spain until then, which is another reason why the Spanish tempo included frequent breaks and an afternoon nap each day.

While the prolonged day and frequent breaks create interruptions and are often cited as productivity busters and as the reason for Spain’s economic woes (an assessment that fails to take into account a myriad of other factors), they also foster close relationships and healthy eating habits. Families eat a relaxed, healthy lunch (dinner) together; friends and co-workers socialize during morning and afternoon coffee breaks; the workday is broken up into manageable chunks instead of one long marathon; and supper is light, producing measurable health benefits. The schedule also reduces isolation as it promotes living life in group settings.

I’ve only experienced this schedule as a child and while on vacation as an adult, and it was awesome. Who I am today – my love of long meals and the ensuing sobremesa (post-meal conversation), my need to socialize, and my respect for work without being driven by it – was heavily influenced by my experiences. Spain’s approach feels more civilized than the breakneck pace of the US: There’s no scurrying down the street while downing a Big Gulp. No hiding behind your laptop in isolation at Starbucks. No eating your sandwich alone at your desk.

Yet, as a working mother with a career and interests outside of my job, I don’t know how I would manage it all in Spain under the traditional schedule. And did I say I like sleeping 7-8 hours a night? In 2013, a parliamentary commission explored the possibility for the country to return to its proper time zone to bring the workday in line with the rest of Europe. But I think Spain is shifting and already employing a variety of schedules and less rigidly adhering to one way of scheduling the day. This is what makes the country so interesting and special: the Spanish will work, eat, and enjoy life no matter what time it is or where the sun is in the sky. I know I would figure out what would work for me and my family if I lived there.

I would love to hear opinions on this topic from all my cousins in Spain, from those of you who have visited or lived in Spain, and from those of you haven’t visited but have something to say about celebrating cultural differences versus aligning to what the rest of the world does.